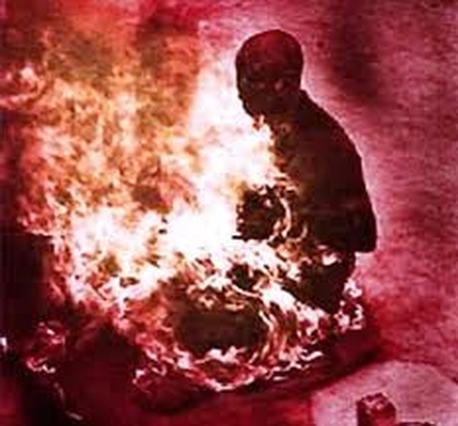 act of self-immolation performed by Roger Laporte, similar to Morrison's.
Norman Morrison was born in Erie Pennsylvania, and grew up a Baltimore Quaker. He is best known for his act of self-immolation in front of the Pentagon (burning himself alive). More specifically, outside of the Secretary of Defense's office, who at that time was Robert McNamara. This act of "martyrdom" was performed due to his political and religious stanCe against the Vietnam War.  This event is regarded as the most publicized and most outrageous account of Self immolation. Not only for his reasons and the location of his death. But the fact he did it with his infant daughter in his arms.
It took place on November 2, 1965. Norman Morrison showed up to the Pentagon, infant daughter Emily Morrison in hand, and without saying a word doused himself in a flame accelerant. Fortunately his daughter was not harmed. Numerous eye witness cases explain the story differently. But Major Richard Lundquist reported that he discovered Morrison's daughter, Emily, sitting on the ground. He then picked her up and carried her to safety. Whatever the case may be, Emily was uninjured and picked up by her mother that night.
The reason for this husband, and father of three to commit this act was  the military conflict that was currently underway in Vietnam. Friends say he had mentioned the unjustness of the war to them on several occasions, and often spoke about the acts of self-immolation that were being performed in Saigon. Friends said they even had to talk him out of it once before.
Each day he fought against the war and loathed the moral dilemma of the war. A close friend of Morrison was John Roemer. He adressed the manner of Norman's death at a memorial service saying "In a society where it is normal for human beings to drop bombs on human targets, where it is normal to sepnd 50 percent of the individual's tax dollar on war, where it is normal... to have twelve time overkill capacity. Norman Morrison was not normal. He said 'Let it stop' ".
The act of self-immolation as protest is very contreversial. Obviously due to the severity and danger of it; always almost ending in death. But many extremist protestors regard it as the highest, most influential form of protest. The idea of a complete sacrifice in the name of an unjust war is in a war a very respectable and honorable act. But when it is ones life that is put up for sacrifice, it is completely and udderly outrageous. Nonetheless, many view it as a successful act against the war. But many seemed to have missed the point as the media dubbed Morrison a lunatic, and was put down for including his infant daughter in the "sacrifice". 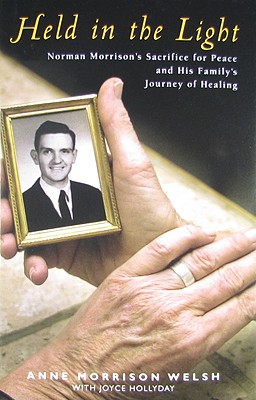 Morrison inspired many pieces of literature, foreign and American
Morrison's self-immolation outside the Pentagon was a "shot heard 'round the world" if you will. Following fashion of the monks in Saigon, it was not only the buzz here in the U.S. Articles, poems, essays, and even Novels like Held in the Light  by Anne Morrison Welsh. One popular piece was a poem writen by a Vietnamese poet To Huu. He writes from the perspective of Norman Morrison. The poem presented a sort of juxtapostion of Anger towards the American government, and Morrisons love for his daughter Emily. The third stanza reads:
McNamara!
Where are you hiding? In the graveyard
Of your five-cornered
house
Each corner an continent.
You hide yourself
From the flaming
world
As an ostrich hides it head in the
burning sand.

Self Immolation: Success or Failure?

Norman Morrison will forever be remembered. But for good or bad? Many see his act of martyrdom as an anghelic act performed in protest and sensibility. Others view it as a senseless suicide by a radical extremist war protestor.
Is self-immolation really the "ultimate" act of protest though? Without a doubt it spurred controversy throughout the country and even the world. But by ending his life he chose to end his own influence as a active protestor. If he is dead he cannot protest any more. This event appealed to a small group of radical protestors. Would he have been more successful keeping his own life and devoting it to a life of non-suicide protest? Without a doubt. The extremity of such acts of protest are not looked upon as protest. When someone burns themselves alive in an act of protest, a large majority of people will only look at it as someone burning themselves alive.
For protest to be successful the ideals of the protest should be stressed more-so than the act. The message is more important than the event. The purpose of protest is to adress the ideas of a group of people, the protestors, against a certain event, person, etc.. In an act of self-immolation, Norman Morrison was not remembered for his stance against an unjust war. But for outlandishly committing suicide in front of the Pentagon, and puttig his infant daughter in harm. Norman Morrison could have made more of a difference by keeping his life and protesting instead of going through with his act of self-immolation. 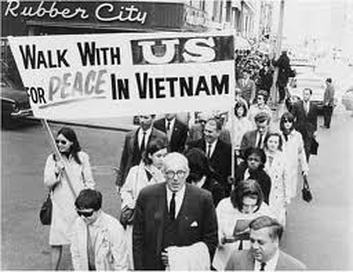 peaceful, effective protestors against the war